On October 29, a certificate awarding and inauguration ceremony for the products of Gotion High-Tech was held by CSA (Canadian Standards Association) Group at our headquarters. The 27Ah and 100Ah energy storage batteries with lithium iron phosphate technology received ANSI/CAN/UL 1973 certification and passed the fourth edition of UL 9540A testing and inspection. Meanwhile, the energy storage laboratory of Gotion High-Tech was qualified as a CSA Authorized Testing Laboratory for the Witnessed Manufacturer's Testing for Certification (WMTC) Program. 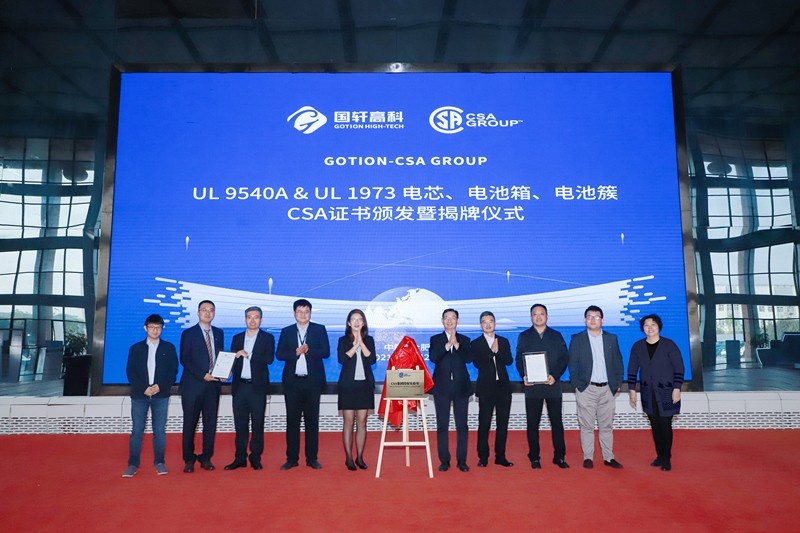 The safety concerns of energy storage systems remain a focus in the industry while relevant laws and regulations are also being improved. As a test method launched by UL for evaluating the fire safety hazards associated with propagating thermal runaway in battery energy storage systems, UL 9540A certification is required in various standards, such as the NFPA855 issued by National Fire Protection Association. The UL 9540A test method is widely recognized in North America and generally accepted around the world.

The UL 9540A and CSA certificates indicate that the energy storage products of Gotion High-Tech (cells, battery boxes, battery clusters and battery management systems) meet international safety standards and allow the technology embedded in these products to come out in front in the industry.

The battery energy storage laboratory of Gotion High-Tech also received WMTC from CSA Group at the ceremony. Representatives from both sides witnessed the unveiling ceremony on site. As one of the most efficient localized services provided for Chinese customers by CSA Group, WMTC will only be given to laboratories meeting the requirements of ANSI/CAN/UL 1973. Products from these laboratories will obtain the CSA certification marks as essential labels to access North American market. 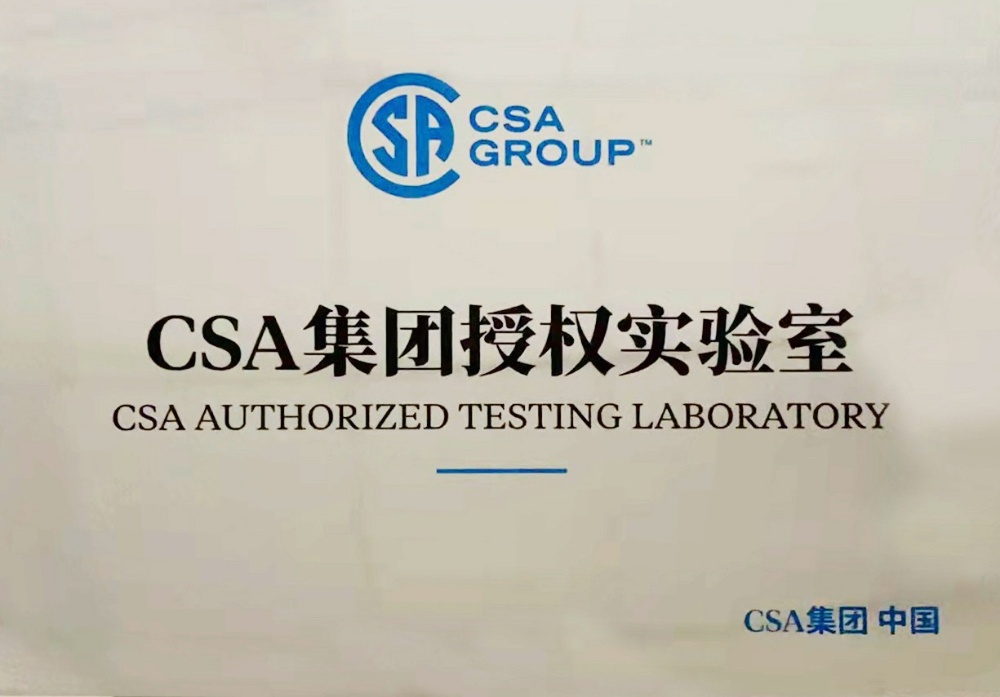 Founded in 1919, the Canadian Standards Association Group (CSA Group) is a global authority in standards development, testing, inspection and certification. CSA Group provides testing, inspection and certification for different fields, mainly including new energy, medical equipment, hazardous locations, industries, bathroom products, construction, safety and technology, electronics, gas, lighting and sustainability. In addition, it also offers assessment services for consumer products. As one of the largest Standards Developing Organizations (SDOs), CSA Group plays a key role in standards development in the US and Canada. Many of its standards have been adopted as national standards in Canada and the US, which have also contributed a lot to the safety, stability and sustainable development of the global community. Their services are trusted by global top brands and are widely accepted by many organizations in the world. At present, billions of products with CSA certification have the access to markets worldwide.