On the evening of November 16, Li Keqiang, Premier of the State Council attended the World Economic Forum's Special Virtual Dialogue with Global Business Leaders at the Great Hall of the People, delivering a speech and communicating with enterprise representatives. Chaired by the President of the World Economic Forum Klaus Martin Schwab, the virtual conference was attended by nearly 400 entrepreneurs from over 40 countries. Our Chairman Li Zhen was invited and attended the conference as a representative of Chinese entrepreneurs. 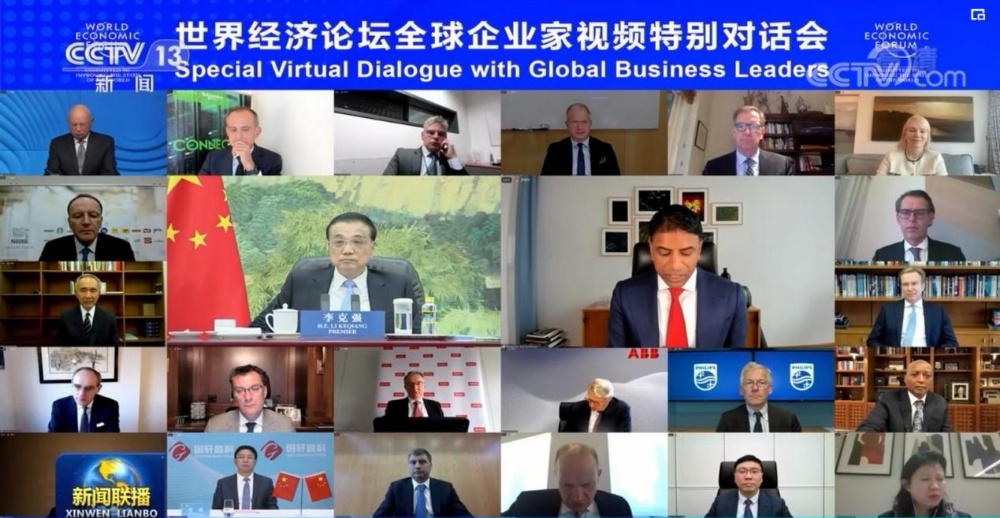 At the conference, Premier Li Keqiang introduced the current economic situation in China, stressed the deep integration of China's economy into the world economy and thanked the support given by foreign enterprises to China's reform and opening up and modernization. He also emphasized that Chinese enterprises should be confident and brave to face difficulties, saying that enterprises should be open, inclusive and willing to cooperate with each other to create a brighter future for world economic development.

After the speech, Premier Li answered questions from entrepreneurs from around the world. Regarding the issue of energy supply, Premier Li said that China will adhere to the national conditions to promote a balanced and orderly low-carbon transition by first ensuring a stable and safe energy supply.

Li Zhen said that by mentioning that the carbon reduction will mainly rely on clean energy technology as the appropriate way for China, Premier Li Keqiang strengthened Gotion's confidence in green and zero-carbon development. Gotion High-Tech will continue to make progress in the exploration of western energy resources and build zero-carbon demonstration bases. Meanwhile, we will also strive to take the lead in the energy field and contribute to the national "dual carbon" strategy.